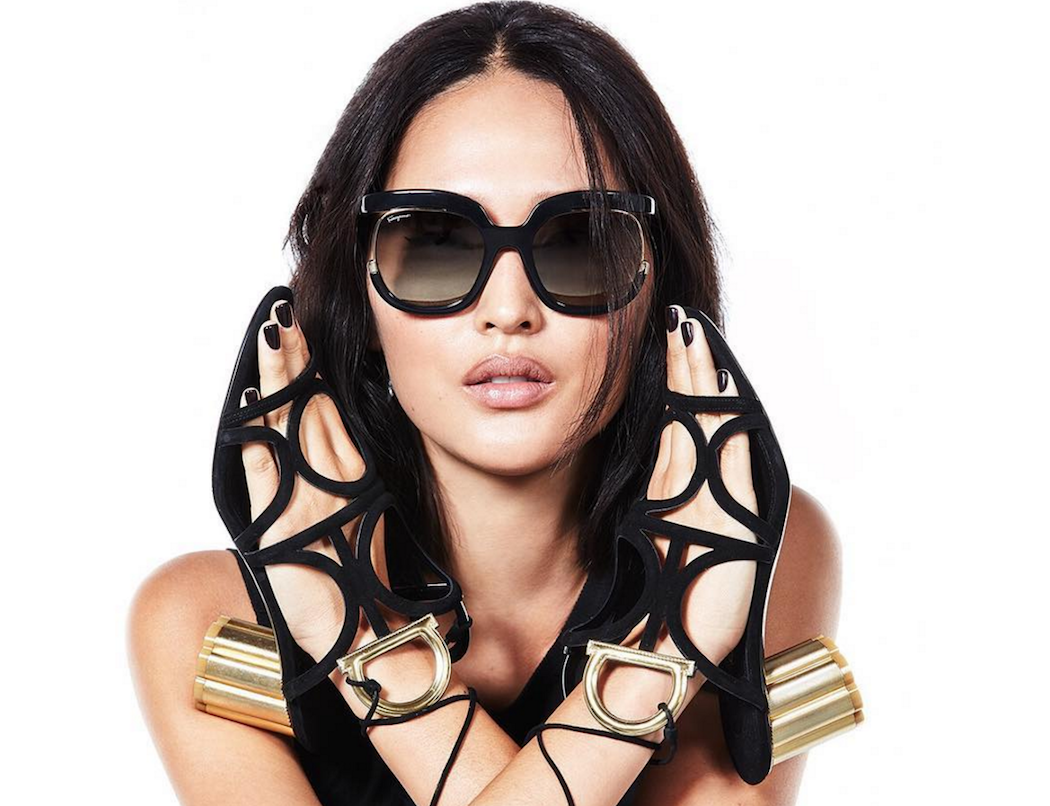 Frames and sunglasses, Salvatore Ferragamo, the first collection of which was released in 1998, has gained a reputation in the optical market. Since 2012, their manufacturer is American company Marchon Eyewear, a which portfolio of brands along with Salvatore Ferragamo includes such brands as Calvin Klein, Chloé, DVF, Etro, Karl Lagerfeld, Marni.

Designing new models of Salvatore Ferragamo glasses, designers always rely on a rich archival collection, which serve as an inexhaustible source of inspiration for them. As elements of glasses decoration, the brand symbols are often used, including Ganchin (Italian. Gancino) – a round hook. According to the family legend, this hook reminds a forged key at the gates of the medieval palace of Spini Feroni. The creativity of designers inspired and became cult models of the shoes of Salvatore Ferragamo, for example legendary Vara shoes, presented in 1978 by a fashion house.

However, paying tribute to the heritage of the brand, designers always remember that their glasses will be worn by modern people, and therefore the beauty of their products never goes against technology, which is easy to note on the example of the new collection Salvatore Ferragamo.

Sunglasses and frames for vision correction